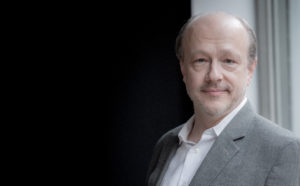 MARC-ANDRÈ HAMELIN. The Canadian pianist, born in Montreal, is one of the most skilled and interesting piano artists of our time. He is not only endowed with a genuinely pianistic talent, but is also what you could call a universal scholar when it comes to piano. Added to this is his compositional work, which includes works such as the “12 Études in All Minor Keys”. The level of his world career that he has reached for a number of years is based on the peculiarity of this art. In addition, Hamelin’s never-ending curiosity about music, which has unjustly fallen into oblivion, made him a pioneer for the dissemination of the works of composers such as Alkan, Medtner, Godowsky and many others. Hamelin has an exclusive contract with the Hyperion label. His CD recordings, now 75, are regularly honored with international awards. In Germany alone, he received the “German Record Critics’ Award” for the 17th time. In the 2019/2020 season, Hyperion released three albums with Marc-André Hamelin: The Feinberg Sonatas, Liszt and Thalberg Opera Transcriptions and Fantasies as well as together with the Takacs quartet Dohnanyi’s piano quintets & string quartet No. 2. In 2017 Marc-André Hamelin was a member of the jury of the 15th Van Cliburn International Piano Competition, in which each of the 30 participants in the preliminary round performed Hamelin’s “Toccata on L’Homme armé”. This was the first time that the composer of the commissioned work was also a member of the jury. Marc-André Hamelin has composed almost 30 works in the course of his career, most of which – including the Études and Toccata on L’Homme armé – are published by Edition Peters. It received seven Juno Awards and eleven GRAMMY nominations.