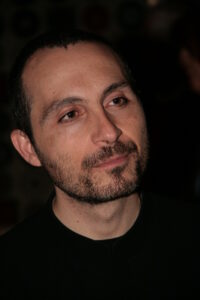 Born and raised in Foggia, Italy, Antonio Pompa-Baldi won the Cleveland International Piano Competition in 1999 and embarked on a career that continues to extend across five continents. A top prize winner at the 1998 Marguerite Long-Jacques Thibaud Competition of Paris, France, Antonio Pompa-Baldi also won a silver medal at the 2001 Van Cliburn International Piano Competition.
Mr. Pompa-Baldi appears at the world’s major concert venues including New York’s Carnegie Hall, Milan’s Sala Verdi, Boston’s Symphony Hall, Shanghai’s Grand Theatre, and Paris’ Salle Pleyel, to name a few.
In 2019, he was a returning guest at the third edition of the Lang Lang International Piano Festival in Shenzhen, China, continued his honorary guest professorship at the Beijing China Conservatory, and was named honorary professor at the Shenyang Conservatory of Music.
Mr. Pompa-Baldi has recorded over 30 CDs to date, among them, the complete piano and chamber music works of Grieg, the Josef Rheinberger Piano Sonatas, the complete Hummel Piano Sonatas, and CDs dedicated to Brahms, Schumann, Liszt, Respighi, Roberto Piana, and Rachmaninoff.
He is often invited to judge international piano competitions such as the Cleveland, Hilton Head, E-Competition, BNDES Rio de Janeiro, and Edward Grieg, among many others. He serves as president of the jury and artistic advisor for the San Jose International Piano Competition since 2006.
In 2014, Pompa-Baldi performed all of Rachmaninoff’s concertos and his Paganini Rhapsody with the Cape Town Philharmonic. In 2017 he gave his second recital at the Lang Lang International Piano Festival in Shenzhen, China.
Being a Steinway Artist, Pompa-Baldi is on the Piano Faculty of the Cleveland Institute of Music. In 2015, Pompa-Baldi founded the Todi International Music Masters festival, of which he is Artistic Director and Faculty Member. This summer festival takes place every August in the beautiful Italian town of Todi.