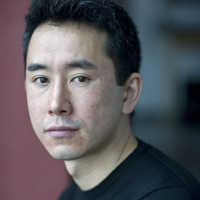 HIROAKI TAKENOUCHI, Takenouchi’s curiosity and a natural penchant for integrity makes his playing and vast repertoire unique amongst his generation of pianists. His love for the music of classical masters – particularly Haydn, Beethoven and Chopin – sits side by side with his passion for the music of Medtner, lesser-known British composers such as Sterndale Bennett and Parry, and the contemporary repertoire. As a soloist, Takenouchi has appeared on many concert platforms including Wigmore Hall, Tokyo Opera City and the South Bank Centre.  He has also performed at festivals in Bath, Cheltenham and Salzburg and given recitals in the UK, Japan, Austria, Germany, Switzerland, Portugal, Italy and Canada.  His more unusual recent projects include: a recital for the Rarities of Piano Repertoire Festival in Husum (Germany), a BBC Four documentary The Prince and the Composer on the life and music of Parry alongside HRH The Prince of Wales and BBC Radio 3’s Composer of the Week. Takenouchi’s discography includes Schumann & Sterndale Bennett (Artalinna), Haydn: 4 Sonatas (Artalinna), Cosmos Haptic: Contemporary Piano Music from Japan (LORELT), as well as world première recordings of works by James Dillon (NMC), Edwin Roxburgh (NMC) and Jeremy Dale Roberts (LORELT). Upcoming recordings include two-piano arrangements of Rachmaninov’s Second Symphony and piano sonatas by Chopin and Liszt for Lyrita, as part of the Parnassius Piano Duo with Simon Callaghan. The Russian composer Georgy Catoire’s music is somewhat neglected today but Takenouchi is a passionate advocate of his Piano Concerto and recorded the work with Martin Yates and Royal Scottish National Orchestra. Their recording was released in 2012 on Dutton Epoch along with Percy Sherwood’s Piano Concerto. Last season, Takenouchi performed a complete cycle of Mozart piano sonatas spread over eight concerts at London’s Conway Hall. He looks forward to his next full-cycle project, to perform all the piano sonatas by Medtner in the coming seasons. Takenouchi teaches piano at the Royal Conservatoire of Scotland (Glasgow).  He also returns every summer to give masterclasses at the Ingenium International Music Academy (UK).